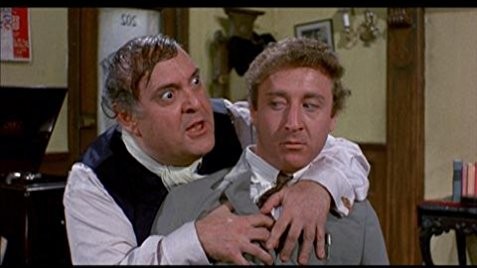 So, I just picked up a new project for an ongoing client of mine. About two years ago we filmed a series of videos for one of their product lines, and used the b-roll from that shoot for any number of training, sales, promotional and instructional videos created since. I got a call last week saying they are looking to do the same exercise for a different product line – would I be interested in helping with the project.

As I often do, I jumped right in, contacted our video production partners, and started laying the groundwork for the assignment. Last time we did this, I was under contract with the client as their full-time outsourced CMO. Naturally, on the shoot, I played the role of the “client”. (Except when I was playing a role on-camera, but that’s a whole separate blog post.) This time though, I’m taking it on as a separate project. So in laying out my role for the video crew, I told them I would be:

Great, my director said, so you’ll be the producer.

Wait, what? I’m the producer? I’m the producer! Of course I’m the producer. And in fact, I’ve played the role of the producer on any number of projects – from videos to websites to appsto marketing campaigns. Frankly, it’s one of the things I do well – take ownership of a project and manage it to completion. I just never thought of it as being “a producer”.

Shooting is scheduled to start tomorrow, so wish us luck. And if anyone in Hollywood (or Baltimore) is looking for help, you know how to reach me.

Not every company can support a full-time Chief Marketing Officer. But every company needs a piece of one. At JK Squared, we successfully serve as a Fractional Chief Marketing Officer for many clients. We apply our deep background in both marketing and in operating businesses to help each of our clients drive results and build the structure that’s right for them. We’re not just consultants – we’re a hands-on part of your team.